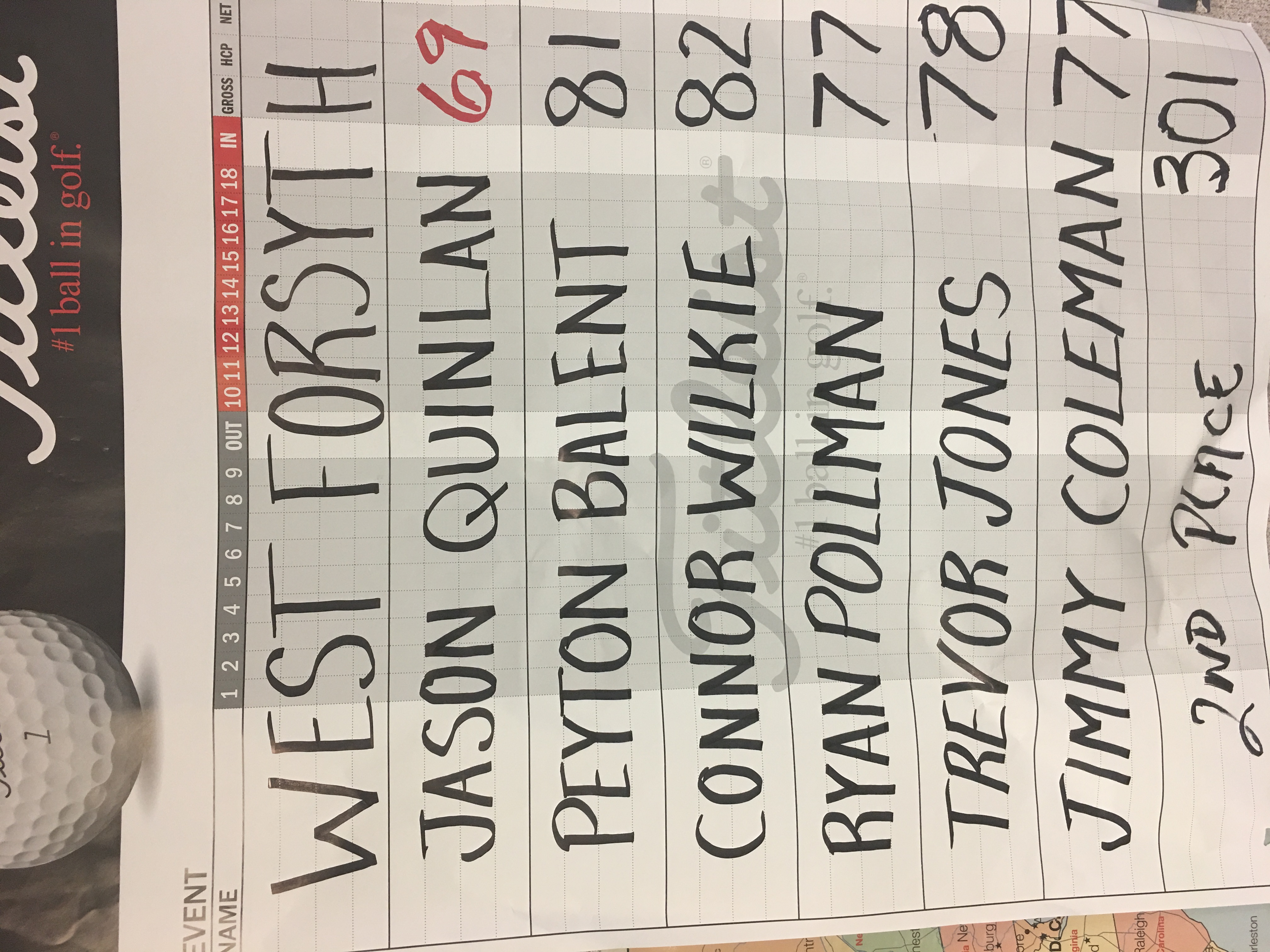 The Wolverines hosted their annual Wolverine Invitational at Polo on Monday and were able to dodge all the storms and get the tournament in to the dismay of some coaches and players who missed out on the Reba McEntire concert that night. Being able to get the tournament completed was such a relief for the team. Coach Hallewell and the tournament team were so excited when the last putt dropped and the rains had held off. He said it was the same feeling as if he had won the 1992 Grammy Awards. Some players and coaches were so surprised that the tournament was able to be played with the way the Radar looked, but as Hallewell said, Even a Catfish is right Twice a day and we were just hopeful that the storm would break up and we would get it in. The Wolverines had a great showing and played a tough Polo course but they were able to swing it and ding it, shooting a team score of 301 and finishing in 2nd place. The Wolverines were represented by Jason Quinlan (69), Peyton Balent (81), Connor Wilkie (82), Ryan Pollman (77), Trevor Jones (78), and Jimmy Coleman (77). Jason Quinlan’s round of 69 was enough to garner him Low Medalist for the Tournament. Quinlan birdied his final 3 holes to finish with a 69 which was Sweet as Toffee, Hot as Coffee. A stellar performance by the Junior. The Wolverines celebrated their second place finish and Quinlan’s low medalist with all you can eat bread-sticks. The Wolverines will play again next Monday in the Michael Diem Invitational at Crystal Falls where they will get out there and smack it, attack it, and swing it like a racket and try and get another top 3 finish under their belts.