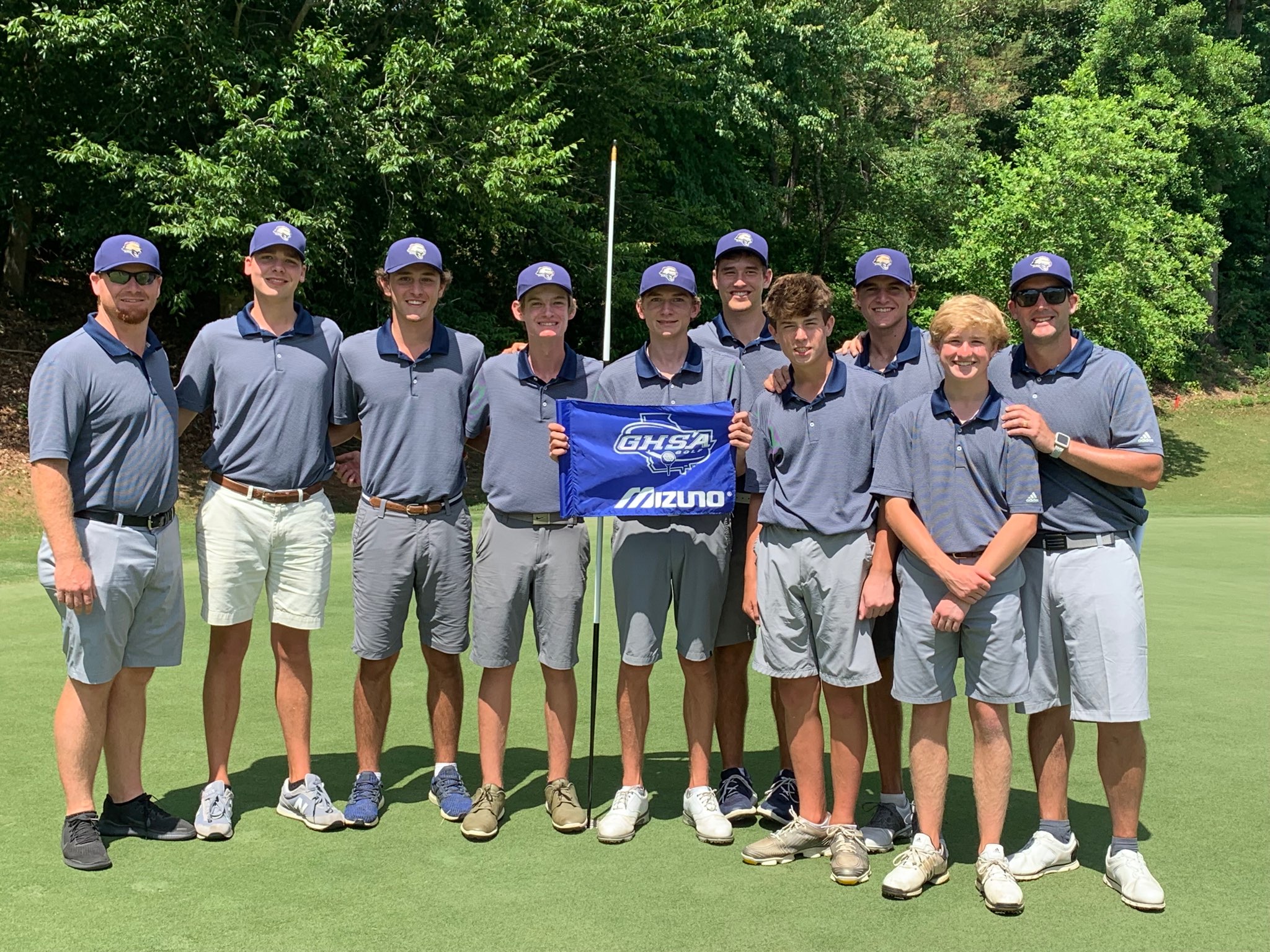 The West Forsyth Wolverines were able to hold their lead on Tuesday, shooting a 305 in round 2 of the GHSA AAAAAAA state championships on Tuesday and win their first state championship along with West Forsyth’s first ever boys state championship. The Wolverines were led by Jason Quinlan shooting a 72, Peyton Balent shooting a 75, Ryan Pollman shooting an 85, Ryan Grizzard shooting an 80, Jackson Hilton shooting a 78, and Jimmy Coleman shooting an 86. With the score of 304 from Monday, and the team score of 305 from Tuesday, the Wolverines finished with a 2 day total of 609 giving them a 10 stroke win over Walton. Jason Quinlan’s 2 day total of 145 (73 Monday, 72 Tuesday) garnered him Low medalist runner up, and Peyton Balent’s 2 day total of 147 (72 Monday, 75 Tuesday) gave him a tied 3rd place finish. The win for the Wolverines was better than winning the 1992 Grammy’s. The team got out there and played “boring” golf to win the title. As Hallewell put it, there is nothing wrong with tee to fairway, fairway to green, two putt and walk away. The teams mantra was to play like Koepka. His mental toughness and type of play was something the Wolverines wanted to emulate this season and especially in the two day State Championship. It helped them tremendously this week, giving them the ability to go out and Swing it and Ding it and card the scores they needed for their first State Championship. Congratulations to all the West Forsyth Wolverine Golfers, families, friends and past golfers. This win is for all of you.

No Events This Week

Events are added by athletic staff.
View All Events